Kayaks are mainly designed to safely float over the surface of the water while carrying one or two paddlers along with their gear. Many believe that the way kayaks are designed makes them practically unsinkable, but that’s not always the case.

So, can you sink a kayak? You can potentially sink a kayak if you’re carrying more weight than the kayak handle or if huge amounts of water get into the kayak’s hull. Some kayaks might be more prone to sinking than others depending on their design. Sit-on-top kayaks are the least likely to sink because they’re designed with scupper holes that make them self-bailing.

Keep reading to learn more about different kayak designs, what it actually takes to sink a kayak, and how to prevent your kayak from sinking.

What Are the Main Types of Kayak Design?

Kayaks are classified into two main types according to their design which are sit-on-top kayaks and sit-inside kayaks.

Sit-on-top kayaks are designed without an enclosed cockpit which allows water to splash onto the surface of the kayak. They are usually short with a wide beam which makes them highly stable and less likely to capsize.

Sit-inside kayaks, on the other hand, are designed with an enclosed cockpit. They are usually long with a narrow beam which decreases their stability but increases their speed.

To learn more about what sets them apart, check out this full comparison of sit-on-top vs sit-in kayaks.

What Does It Take to Actually Sink a Kayak?

Sinking a kayak is a rare occurrence and some kayaks are more likely to sink than others because of the way they’re designed. Generally, sit-on-top kayaks are considered almost impossible to sink compared to sit-inside kayaks.

Before getting into what it takes to actually sink a kayak, you first need to learn the difference between a kayak sinking and a kayak getting swamped.

The term ‘swamped’ is used to refer to a kayak that gets filled with water so it will be barely submerged under the surface without fully sinking. While sit-on-top kayaks might be impossible to fully sink, they can easily get swamped due to the lack of a cockpit. Sit-inside kayaks, on the other hand, are more likely to fully sink due to the presence of an enclosed cockpit.

Now, to understand what causes a kayak to fully sink, you need to understand the opposing forces that are working on the body of the kayak.

To make it simple, the main reason that will cause your kayak to fully sink is adding more weight onto the kayak until you exceed its maximum weight capacity.

As more water gets into the kayak, it will become heavier and the force of gravity will start pulling it under the water. The more the kayak gets underwater, the more buoyancy it will experience and it will feel almost like the water is pushing the kayak back.

Here is a simple video that shows how a kayak is tested for buoyancy:

How to Stop Your Kayak from Sinking?

In order to stop your kayak from sinking you mainly need to avoid exceeding the kayak’s maximum weight capacity by considering your weight and the weight of the gear, you bring abroad before going on your trip. You also need to make sure that your kayak isn’t filling with water as this will add more weight.

How to Stop Your Kayak from Filling with Water?

To stop a sit-inside kayak from filling with water, you need to make sure there are bulkheads.

Sit-inside kayaks have sealed hatches that allow you to access storage areas within the hulls. These sealed hatches manage to trap air within creating a watertight and airtight space. So, the water will not enter the hull even if the kayak capsizes.

With sit-top kayaks, it’s much easier to stop water from filling the kayak. That is because they come with four holes in the bottom of the hull that are known as scupper holes. The purpose of these holes is to drain out any water that enters the kayak and prevent it from pooling below the paddler.

Do Kayak Flip Over Easily?

Sit-on-top kayaks generally do not flip over as easily as sit-inside kayaks. That is because they’re designed in a way that gives a higher degree of initial stability.

However, the chances of your kayak flipping over depend on factors than the kayak’s design such as the paddler’s skill and technique or the water condition

Will a Kayak Sink If It Flips Over?

A Kayak might sink if it flips over and a significant amount of water enters the hull. This is less likely to happen with sit-on-top kayaks as they don’t flip over easily and they have scupper holes to drain water.

With sit-inside kayaks, on the other hand, you need to make sure that all the storage hatches are sealed to prevent water from accumulating inside the kayak in case of capsizing.

What to Do If Your Kayaks Flips Over?

If you’re kayak flips over and you end in the water, you need to be able to safely get back into your kayak.

Kayak re-entry from the water is usually easier with sit-on-top kayaks but with sufficient practice, you should be able to do it with sit-inside kayaks as well.

Here are some simple steps you can follow to safely re-enter your kayak if it flips over:

Kayak paddles do not sink. Some of them float better than others on the water surface. How well they float depends on multiple factors such as the material used to manufacture the paddle, the shape and feathering of the blades, and the total weight of the paddle

Can You Get Stuck Upside Down in a Kayak?

You cannot get stuck upside down in a kayak. It’s impossible with sit-on-top kayaks as they do not have a cockpit. As for sit-inside kayaks, there is plenty of free space around the paddler’s torso which makes it easy to exit if the cockpit of the kayak gets flipped over.

The Science of Kayaking 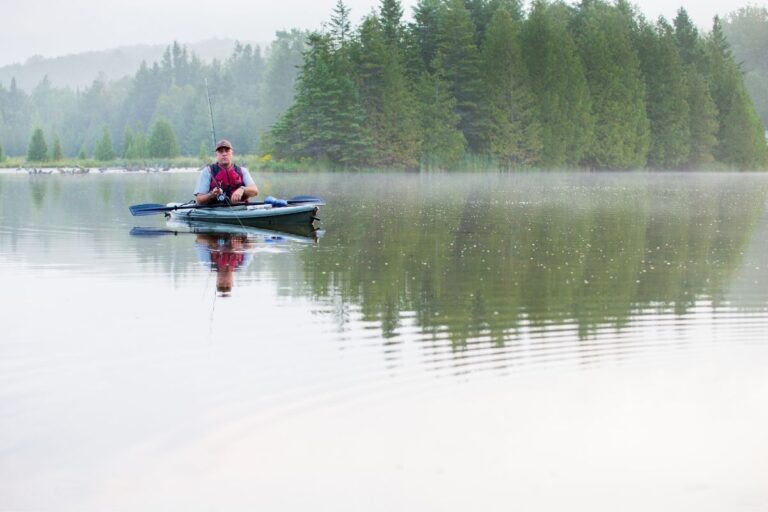 Kayaks generally come in two main styles: Sit-On-Top kayaks and Sit-Inside kayaks. There are major differences between each type and it can be confusing to many paddlers which one of them is better. So, are Sit-on-Top kayaks better than Sit-in?… 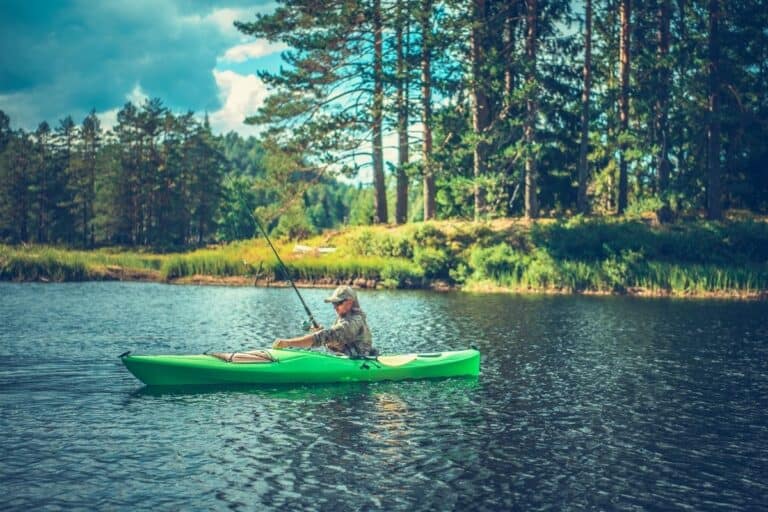 Wildlife viewing is one of the most exciting aspects of kayaking. Kayaking with alligators is a great and common example of this kind of experience. While they are fearsome creatures, you can still safely paddle near them as long as…

Kayaks serve various purposes, ranging from easy and slow tours on the calm waters to racing in fast-moving whitewater and lastly fishing on long-distance trips. Traditionally, the paddle has been used to steer and propel kayaks for centuries and it…

There are different kinds of kayak designs and features that serve different purposes. The most popular are fishing kayaks and recreational kayaks. If you’re a beginner at kayaking, you might be wondering what are the most notable differences between both…