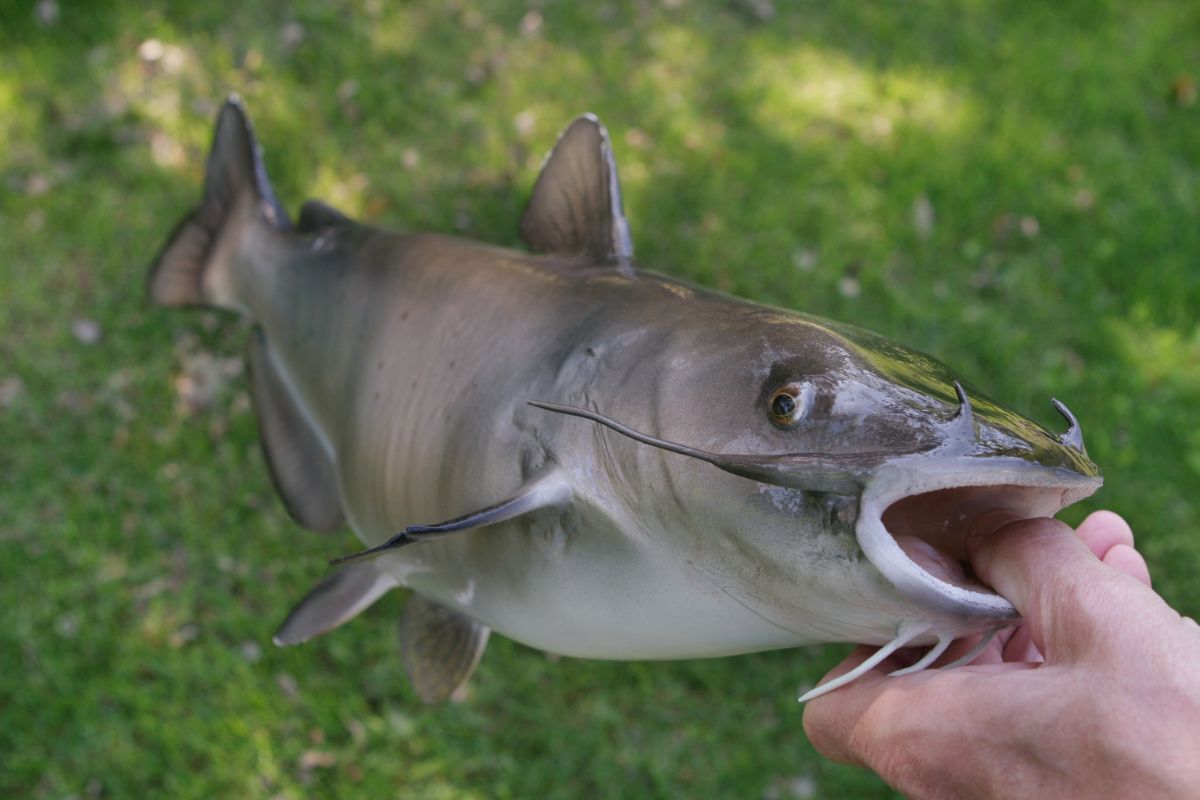 Catfish noodling is the act of putting your hand underwater, sticking your arm in a catfish’s mouth, and pulling it out of the water with your hands. Your fingers are used as a form of bait. The term “noodling” was coined because of the act of wriggling one’s fingers, like noodles, to catch catfish.

Catfish noodling is a controversial act that many anglers and people are divided on. It’s a tradition that can be dangerous for many, but counts as a sport to others. Continue reading to find out more.

Catfish noodling can be dangerous for both noodlers and catfish. Being careful and experienced are two important factors to consider when it comes to noodling. Many beginner anglers have wondered why catfish noodling is so dangerous.

Catfish are known to be larger types of fish. When noodling, anglers have to consider the size of the fish.

There are many reasons why catfish noodling is dangerous, and it doesn’t all have to do with the catfish. Anglers also worry about what else might be lurking at the bottom of the water.

Does Noodling Hurt the Fish?

Noodling hurts catfish. It hurts them physically, and it also damages their ecosystem. For example, when hand-fishers are shoving their arms aggressively into a catfish’s mouth, that could break the catfish’s spine and could also cause them to bleed.

It also poses a danger to the catfish’s gills, since many anglers are not careful when grabbing catfish. This could ruin their only breathing tunnel and could lead to the catfish’s death. Not only that, but it can also hurt the population of catfish, which we will discuss later.

Does Noodling Hurt the Ecosystem?

When noodlers take catfish away from their nests, their eggs die quickly after. Their eggs are left to fend for themselves without the right amount of protection and nutrients they would have gotten from their parent catfish. It works differently for people who use a rod and a reel.

Even if the noodlers do decide to put the catfish back in its nest, it could be too late for their eggs. Since the act of noodling can be quite aggressive, it could cause harm to the catfish eggs regardless.

Pulling down and grabbing a catfish forces plenty of power on the surrounding area, which could lead to their eggs’ death.

The more people noodle for catfish, the more harm it does to their ecosystems. The abundance of catfish slowly decreases each time they are noodled. This gives less opportunity for anglers to fish for them the old-fashioned way.

Can You Get Hurt from Catfish Noodling?

You can definitely get hurt from noodling catfish. There are many reasons why hand-fishing can be dangerous for anglers. This style of fishing does not require many tools if any. Anglers come in direct contact with the fish during this dangerous act.

As stated before, catfish are a particularly strong and aggressive type of fish. When hand-fishing, if you do not have a good grip on them, they will have the strength to pull you down the water. This could cause you to have some broken ribs or even drown.

Catfish have sharp sandpaper-like teeth, so even if you have a good grip on them, noodling can get very dangerous. When threatened, catfish tend to bite harder and when your arms are shoved far down inside their mouths, they will not hesitate to gnaw on them.

They will also spin their heads when your arm is deep inside their mouths, which would cause them to tear off your skin. Wearing gloves could protect your arms sometimes, but it presents a new danger. A catfish’s teeth could get stuck on your glove, which gives it the ability to drag you down underwater.

For Gloves, there really are plenty of good options, but my favorites have lately been the gloves from BIG WORM FISHING. They are super affordable and for the price, there really aren’t any better-made gloves out there.

A new study shows that there are at least 1,250 species of poisonous catfish. This is particularly dangerous for people who do not know where these catfish usually live. These types of catfish use their venom as protection against people who hand-fish them.

This poison causes people to have severe pain, muscle spasms, reduced blood flow, and respiratory problems. It can also break down a person’s red blood cells. Catfish will do anything in their power to protect themselves against people who try to noodle them. Check out this guide for more information on how to safely handle Catfish.

Catfish noodling is illegal in some states because it affects their ecosystems, and it counts as stealing the fish from their natural habitats. This causes the catfish population to decrease dramatically.

Another reason noodling is illegal is because it is a dangerous act. Many reported deaths have been caused by catfish noodling. So, for the safety of anglers, some states took it upon themselves to ban noodling entirely.

Some anglers also tend to catch the wrong types of fish while noodling, which also hurts their populations. To protect other species of fish, as well as catfish, some states have disallowed this practice due to that reason alone.

Where Is Catfish Noodling Legal?

There are some states where catfish noodling is legal, such as Alabama, Arkansas, Oklahoma, Mississippi, and Texas. However, some rules apply to some of these states when it comes to noodling for catfish.

The morality of catfish noodling is always up for debate among people and anglers. Some people view this activity as a hobby and tradition, while others deem it cruel and harmful for both people and catfish.

Catfish noodling has been around for as long as people knew how to swim, some people are very stuck on that tradition and believe that catfish noodling is ethical and only view it as a sport that they practice.

On the other hand, some people believe that the reason why catfish noodling is unethical is because of the danger that it presents to the catfish as well as humans, as mentioned above. Many anglers also dislike the lack of abundance of catfish as a result of noodling and would rather fish for them.

Is Catfish Noodling Legal in Texas?

Catfish noodling is legal in Texas under some conditions. Noodlers have to stick to legal fishing areas. They can only hand-fish from the 1st of June till the 31st of August. In addition, any catfish caught under 24 inches in size is counted as illegal.

Is Noodling Legal in Missouri?

Is Noodling Catfish Legal in Indiana?

Noodling catfish is illegal in Indiana. There are harsh penalties for people who noodle in Indiana. It is also illegal to use a firearm or a crossbow to shoot or kill catfish. These methods are considered cruel and pose unnecessary harm.

Is Noodling Catfish Legal in Kansas?

A Beginner’s Guide to Catfish Fishing 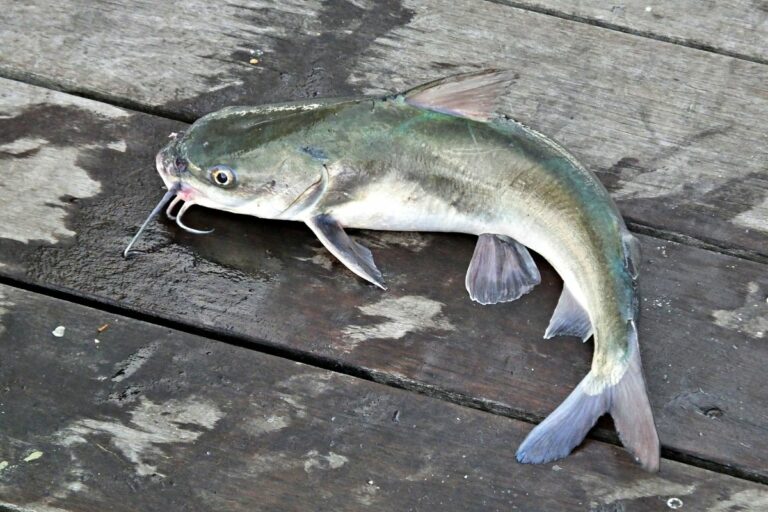 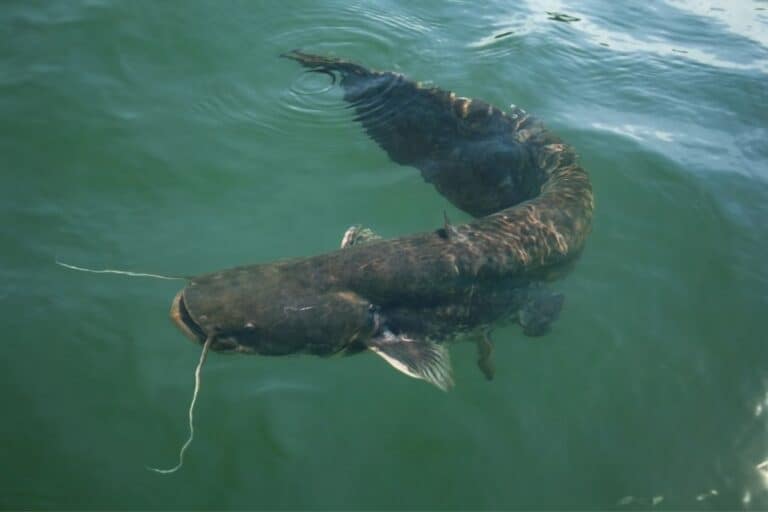 When you think of dangerous fish in open water, your first thought would go to the ocean or vast seas. However, there are reports of injuries and deaths from freshwater fish happening worldwide. There have been several claims over the…

Catfish are a very diverse type of fish. They live on all continents except Antarctica. Most types of catfish live in fresh bodies of water such as rivers and streams, but some types live in salt waters. Since catfish are…