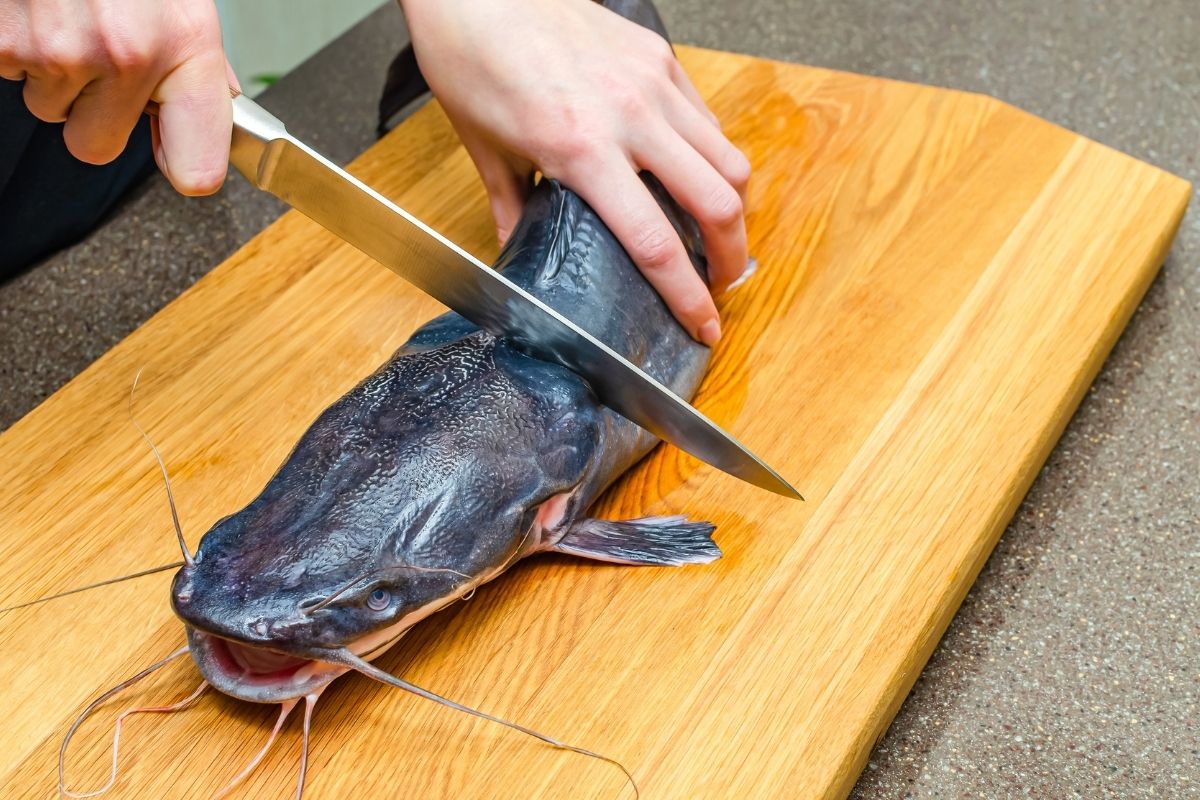 Killing a catfish is more difficult than it sounds, especially with its slipperiness, tendency to move a lot, and the possibility of getting stung or harmed. Finding a fast and easy way to kill the fish without being painful for it is easier said than done, but luckily, there is an easy way to do it that not many people know it.

So, How to kill a catfish instantly and humanely? Pithing is the instant and humane way to kill the catfish by using a sharp and pointed knife to cut the spine behind the head. This way in addition to being painless for the catfish, It’s also fast and easy for the cook. It also makes the fish tastes better and lasts longer.

Continue reading to know how to kill a catfish step by step, the tools you will need, and why this method is so much better for you (which is why it’s used in high-end restaurants).

How to Kill a Catfish Instantly and Humanely

Whether you catch the catfish by yourself or you bought it from the market-fresh. You will need to kill the fish to make it ready to cook because cooking the catfish alive is one the worst ideas you might get.

Here is the step-by-step guide to killing the catfish.

Make sure that you are holding the fish in the right position and you control its body, then whack the fish head.

Use a sharp-pointed knife to pose it on the top of the catfish’s brain and backbone.

To make it painless for the fish, In a quick move push it down to the fish brain bore.

Then, around the head of the catfish, cut through the skin, but don’t take the head off, you can save the head for later.

After that, remove the fins. Cut off the back portion and the fish stomach.

The fins size and thickness of the catfish depend on where they grow up. If they grow up on a farm, the fins will be small and soft, but if they grow up in the wild, they will be tough to remove.

So take care you might get injured, while removing it.

Use your plier to remove the fish skin.

If the fish is young the skin will be thin and easy to remove. You may don’t need to use the pliers unless the fish is big and has thick skin.

Now, do you remember the head that you have cut around? Go back to this spot and cut it with the knife. Make sure that your knife is sharp because this area is thick.

After removing the head,  you must make a hole in its belly. Anything and everything else should be removed.

Make sure the fish is well cleaned before cooking it.

How to kill a catfish quickly?

If you want to kill a catfish quickly, you can use the old way to kill a fish which is a strong bonk to the head, and the fish won’t suffer in this method because the fish dies immediately.

This way is easy for anyone who doesn’t have any tool to kill a fish, you can use any heavy rock or wooden shape to hit the fish’s brain.

Why do you need to kill catfish?

While fish can only live in the water, they could survive for hours outside of water, which is painful for any fish. So if you are planning to eat this catfish and not release it, you will need to kill the fish once you catch it.

Some people may tell you to cook the catfish even if it is alive but this is very painful for the fish and you will be terrified from the fish movement while you cook. The common way of throwing the fish in some ice and leaving it to suffocate is also inhumane as it can take hours for the fish to die.

The suffocation method is the most commonly used method in the world, and most people in the world have only eaten fish caught this way, but as a fisherman, you can do better, and your taste buds (as well as those of your family) will absolutely love the taste of the fish killed using the Pithing or Ike Jime way.

Did you know that catfish can also bite even when outside of water? I discuss this more in this post on why do catfish bite humans here.

What you will need to kill a catfish

Killing a catfish in a quick and humane way will require some essential tools and materials. Here are the materials you will need:

You will use sharp tools that may injure your hand, so a pair of gloves will keep your hands safe.

With this knife, you will need to make the killing process fast and painless for the fish.

This is used to clean the catfish’s gut, fins and to cut off the head.

You will use it to remove the catfish’s thick skin.

The most humane way to kill a catfish

While there are a lot of ways to kill a catfish, There are only two humane ways of killing a catfish that are approved by fishermen and animals humane society which are the pithing and freezing way.

The pithing way is to Place a knife’s pointed end right over the catfish’s brain and push it down fast to the brain bore. This is typically a safe and quick technique.

The freezing way, if you like fishing and you have an icebox to freeze your fish, this is also a humane way to kill your fish. But, it is not as quick as the pithing way.

How to remove the gut of a catfish?

After killing the catfish you will need to remove the gut of the catfish to be able to cook it,

here are the steps:

Where do you hit or stab a catfish to kill it?

How long does it take for catfish to die?

Some catfish survive for 18 hours after being out of the water. While some fish have a low survival rate when taken out of the water, which is almost three hours, this depends on the fish’s ability to obtain oxygen via their skin.

Can we eat catfish?

We can eat catfish because it has a great nutritional value and It’s a tasty kind of fish that’s simple to prepare and has a delicate flavor, making it an ideal cooking fish.

Although one of the benefits of fishing is having a fresh component for a wonderful dinner, you should also evaluate if the handling procedure is done in a humane manner.

The most humane way to kill a catfish is the pithing method but make sure to prepare the tools and materials needed to kill this fish which is (Pair of gloves, a Sharp knife, a Big knife, Fishing pliers).

If you don’t have the tools for the pithing way, a quick strong bonk to the head can kill the fish in a painless few minutes.

The right way to kill a fish 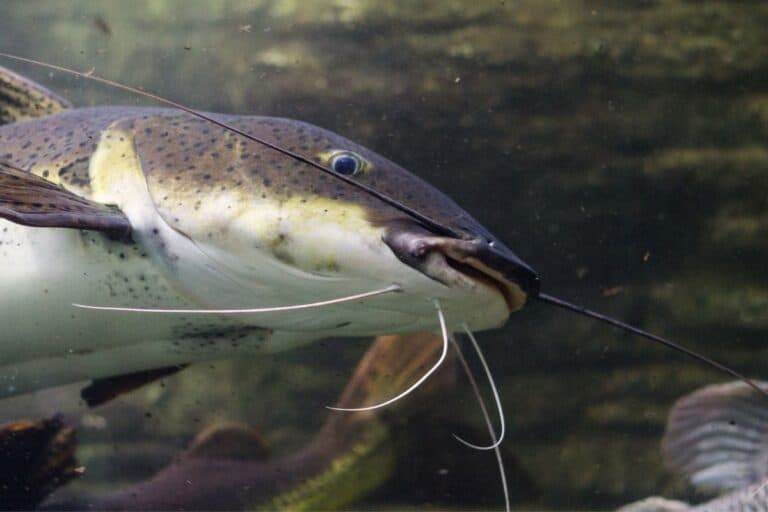 Catfish are not aggressive species; they will mostly mind their own business. However, you need to be very careful when handling catfish because when they feel threatened they are known to release a painful venom to defend themselves So, are… 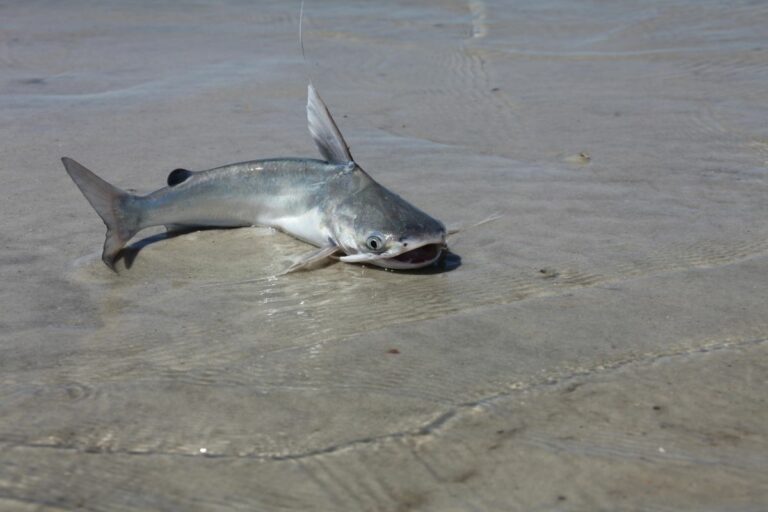 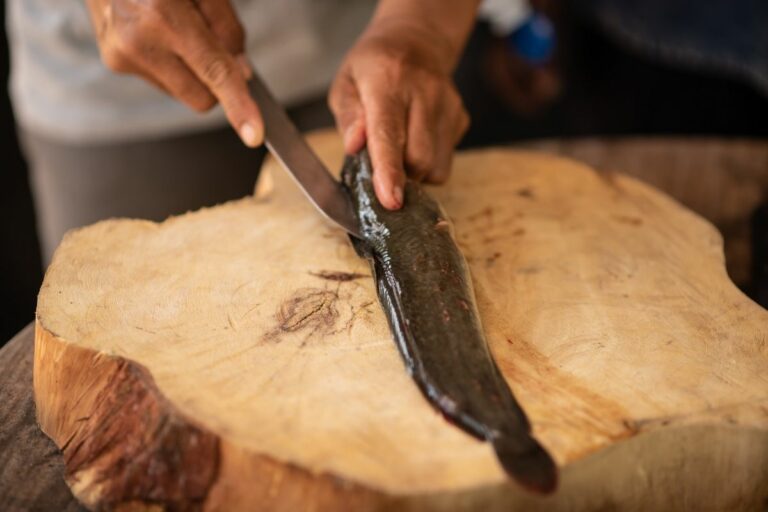