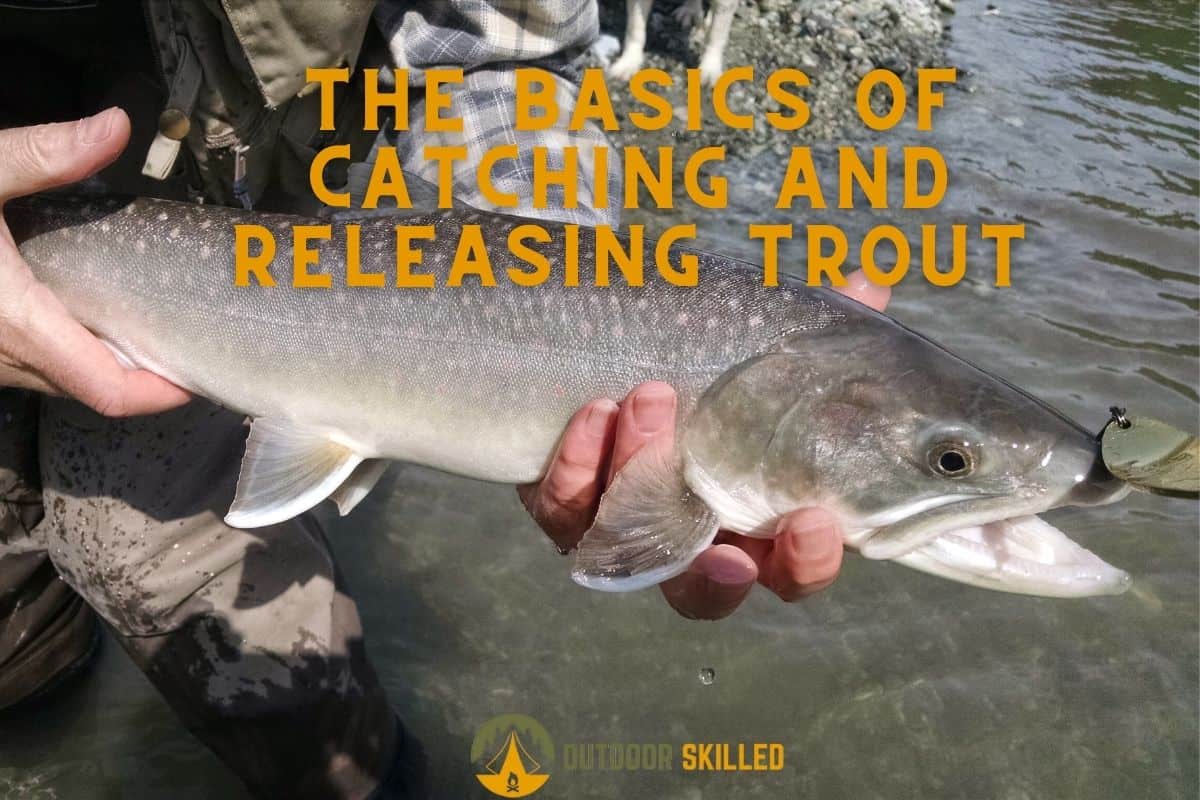 Catching a game fish like trout is an amazing experience any angler would like to have. But when it comes to safely catching and releasing trout properly, many people overlook some important points that prevent trout from dying after being caught.

Keep reading to know the tips and tricks of how you can safely and correctly catch and release trout unharmed.

How To Hold and Handle Trout Safely?

Trout can be very sensitive when taken out of the water. That’s why handling trout is as important as releasing it to keep it alive and healthy. You must make sure you’re doing it right not to accidentally kill it or cause damage that can kill it even if it successfully swims away when you put it back into the water.

Follow these steps to ensure you’re not damaging trout when you catch it:

Here is an image of how to support trout the right way using both your hands:

Following this guide will ensure you’re properly handling trout and successfully releasing it back for someone else to enjoy this exciting fight as much as you did.

Already prepping for your next fishing trip? Make sure to check out my recommended Trout Spinning reels here. These are the best options available if you want success catching trout, and I’m sure they are going to serve you as well as they served me.

How To Choose The Best spots to catch trout?

Trout like shade and easy meals, so wherever one of these two exists you’ll be more likely to find trout. Too general? Here are some of the best hotspots you can catch trout:

Runs are prime spots for trout as the current there is slower. They like to hide there especially in the mornings and evenings when they need a place to hide and relax or preparing to go upstream for their next meal.

Pools are the deepest slowest parts of the river. Trout like to stay in pools and feed on the food that passes by. You may not get a quick strike when you cast your lures there but with some patience, it pays off.

In streams with heavy flow and fast current, water may rush around a big rock or boulder right in the streambed but they provide an obstacle trout like to use the cover of it as a holding spot where they can watch for their next meal.

Similar to rocks, trout enjoy being around undercut banks because of the overhead cover it provides to protect them from predators that like to attack from above. Make sure to cast upstream and let the current sweep your bait in and under the bank, don’t position yourself right above the undercut not to spook them.

As a rule of thumb, look for trout anywhere deep, shady, and rich in food. Cast your lures upstream and let the current sweep your bait where you want. It may take a little practice but it’s effective in catching trout.

Best Times of The Day to Catch Trout

Some anglers say that trout will bite any day and time if given the right bait in the right spot. However, picking the exact right time is essential in maximizing your chances of getting successful strikes of trout.

The best time to fish for trout during summer is early morning and late afternoon. You can try midday fishing only if it’s overcast, cloudy, or rainy. Fishing midday might be a terrible idea If it’s hot and the sun is in the middle of the sky, trout will dive deeper and hide to seek shade.

The best time of day to fish is mid-to-late morning followed by mid-to-late afternoon. Go for early mornings if the temperature is a bit warm. As we move later in spring, your chances will be better in the late afternoon.

During winter, The best time of day for trout fishing is mid-to-late morning. Late afternoon can sometimes generate good results too. Winter by far is the most productive season for trout fishing.

Choosing the right gear can be difficult, I know. I have been fishing trout for so long that I’ve tried a lot of good and bad options in almost every category, so I’ve made some guides to help my fellow anglers.

Do trout die after catch and release?

No, trout don’t necessarily die after catch and release if you hold and release it properly. Trout may die from improper holding and squeezing it leading to damaging its internal parts. If you hold it with caution for less than 10 seconds and support it with both hands until released, it’ll survive.

Does Touching a Trout Kill It?

No, touching a trout doesn’t kill it as long as your hands are wet and far from its gills. Keeping your hands away will prevent gills from being damaged and wet hands are less likely to damage the protective slimy layer that helps protect the fish’s skin from disease.

Yes, trout can bite humans. Big trout have a strong jaw and a sharp set of teeth that can bite a human and cause cuts and scrapes. However, smaller trout are not able to do the same damage as their teeth are small. 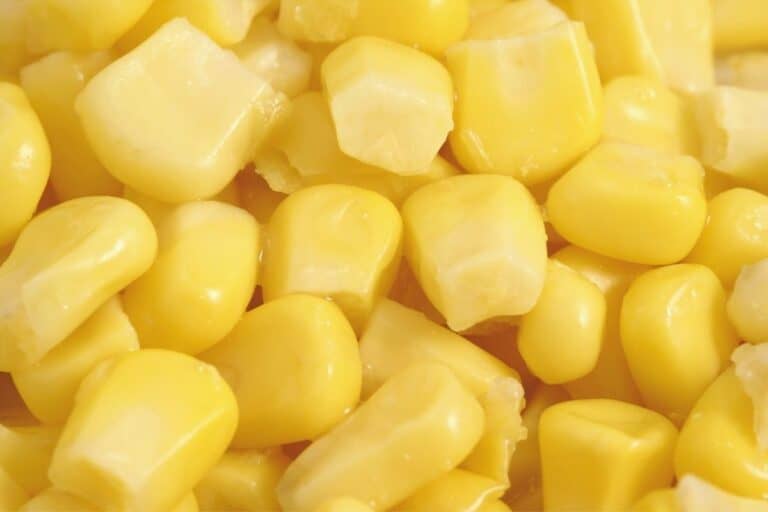 Corn has been used as bait by many anglers mainly because it’s cheap compared to artificial baits or salmon eggs. It’s versatile, easy to transport, and can be rigged easily even for a complete beginner. Corn is also the perfect… 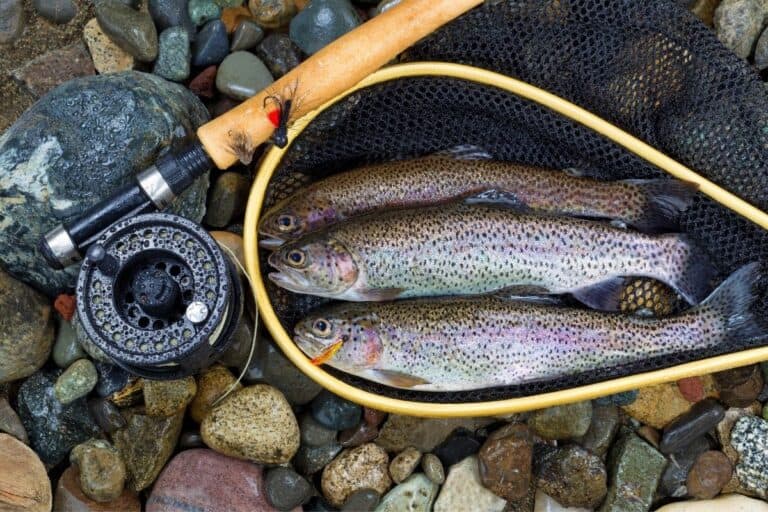 Trout are known for their resilience against all types of water conditions even during storms and rainy days. It might be challenging, but as long as you’re prepared with the right kind of gear and bait, you’ll have a greater… 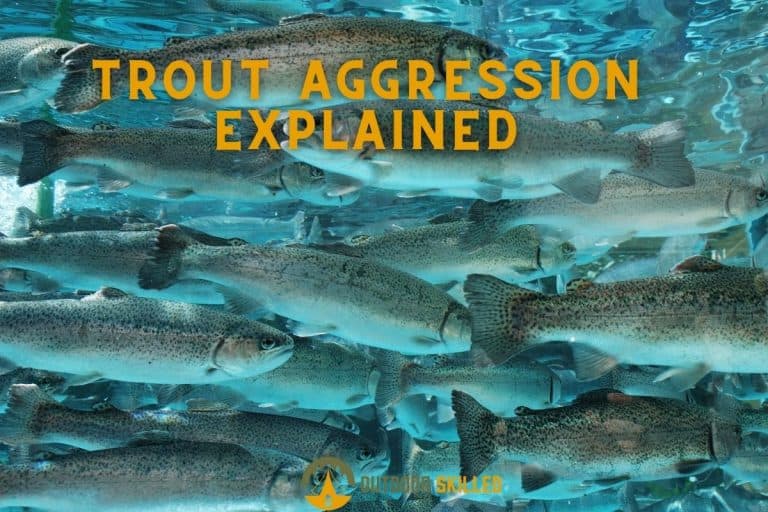 Trout is on the to-catch list of many anglers. They put up a strong fight and a fishing trip to catch them can be a definite source of adrenaline. However, some people take a step back when they know that… 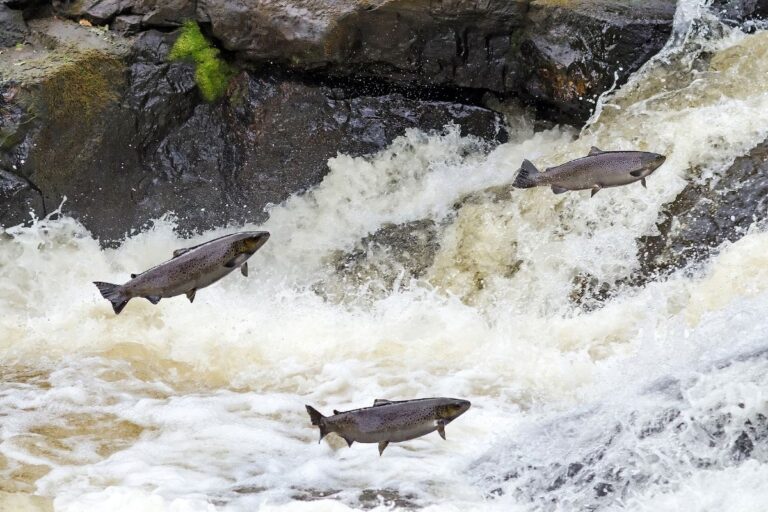 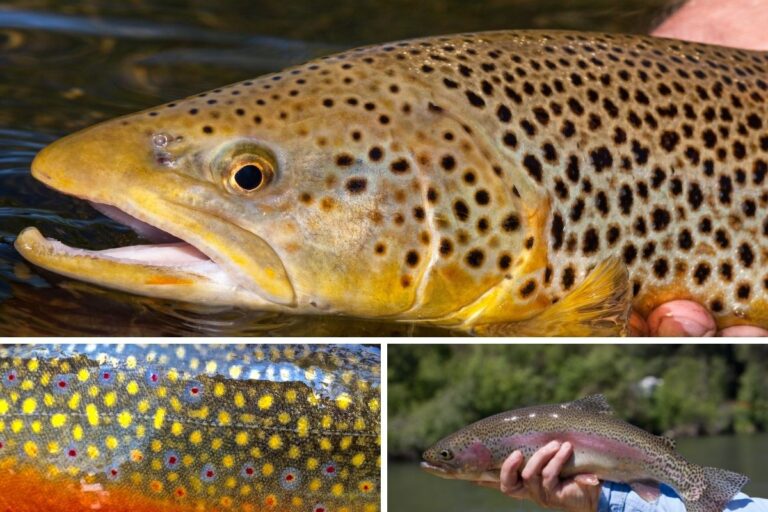 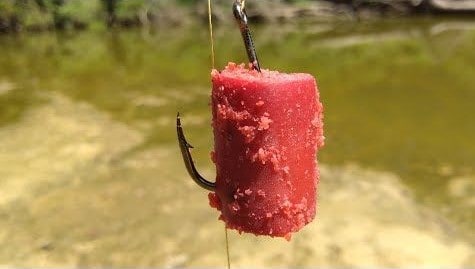