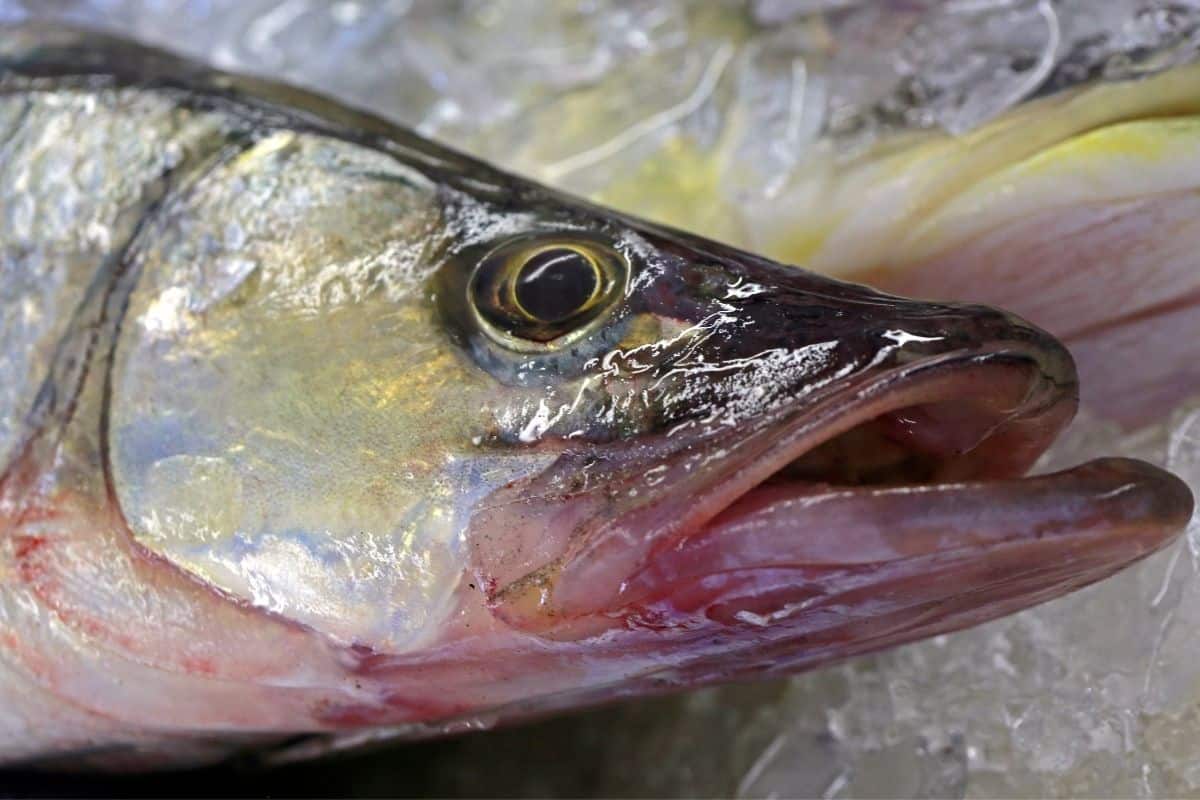 Snook is one of the most popular species that live in the coastal waters along the American shoreline. They’re very beautiful and sought after by anglers because of how challenging it is to catch them.

They’re also known as linesiders, robalo, sergeant fish, and, more popularly, soap fish because of the soapy flavor they have; however, they’re still considered a delicious meal by many.

So, is Snook a good fish to eat? Snook is a good fish to eat; it has an excellent flavor because of its diet. Its meat is white and heavier than a trout’s but lighter than a swordfish’s, so it can be grilled, baked, or fried. However, the meat can develop an unpleasant soapy taste if it’s cooked with the skin on it.

Keep reading to learn more about Snook fish, how to catch them, how to store them, and the best ways to cook them.

What You Need to Know About Snook

There are 12 species of Snook, 5 of which are more common in the United States. These species are the Common Snook, Small-scale fat Snook, Large-Scale Fat Snook, Swordspine Snook, and Tarpon Snook.

They’re one of the most beautiful and distinctive fish species. They’re generally dark gray or black on the dorsal surface, with silver shading on the sides and yellowish fins. Also, all species of Snook have a prominent black stripe that runs down the full length of their body.

They have large mouths that they use to inhale prey and powerful tails that allow them to swim faster. While they do not have sharp teeth, they have sharp gill plates. So, you need to be careful when handling them.

These ambush predators are not picky when it comes to what they eat; they will feed on most small bait fish and crustaceans like shrimp.

Where to Find Snook?

Snook are a sub-tropical species which means they cannot handle water temperature that is cooler than 58 degrees for long periods of time. That’s why they are mostly found in areas with warmer water.

You can find Snook in coastal waters along the American shoreline, mostly in the southern half of Florida, the southern coast of Texas, and north of Orlando. You can also find them in various tropical countries such as Costa Rica and Panama.

Snook can be found in open water occasionally. However, they tend to prefer structure, so it’s best to target them near docks, piers, mangrove shorelines, oyster bars, sea walls, and submerged rocks and ledges

When to Fish for Snook?

Snook can feed during the day, but most anglers prefer to target them at night.

The most ideal time to fish for Snook would be around 30 minutes before sunrise until 30 minutes after sunrise. During this time, traffic will be minimal, and Snook will be more active, which will significantly increase the chances of catching them.

Keep in mind that the snook’s activity can be affected by the water temperature and conditions. I discuss this in more detail in my article about how the weather affects snook fishing and whether they bite in the rain.

What Kind of Gear Is Best to Catch Snook?

Snook are big in size and extremely strong. They’re also known to be excellent fighters. So, you need to choose the right kind of gear to target them, or you’ll risk losing your catch.

There’s a wide variety of lures you can use when fishing for Snook, but the most effective ones would be bucktail jigs and topwater lures. When it comes to baits, Snook tends to prefer live baits such as pilchards, sand perch, threadfin herring, shrimp, pinfish, grunts, mullets, ladyfish, shiners, bluegills, and shad.

You can learn how to use Shiners for Snook here. You can also check out my article on whether snook will eat dead bait here.

How to Store Snook After Catching It?

Now that you know how to catch Snook, it’s important to know how to store it so it can remain fresh for cooking.

The most common way to store Snook when transporting them is by icing them. You can use an insulated cooler; however, you need to make sure to leave the cooler’s drain plug open so the ice water can run out to keep it from spoiling the flavor of the fish.

You can usually store a fish in the refrigerator for up to two days. Large fish or large pieces of fish will remain fresh longer than small pieces. If you want to store Snook for a longer period of time, it’s best to freeze them. This method will make them last from three to 12 months.

However, it’s important to prepare the fish for freezing to prevent it from losing its flavor. You’ll first need to clean the fish, then place it in a Ziploc bag. Make sure to remove as much of the air as possible from the Ziploc bag before freezing.

It’s recommended to wrap the fish in aluminum foil or freezer paper before you put it in the Ziploc bag and into the freezer. You can also place the clean fish into a refrigerator container with just enough water to cover the fish.

How to Cook Snook?

Snook are very easy to clean and prepare for cooking as they don’t have a lot of bones.

The most important thing to remember when preparing Snook is to remove the skin first. If it’s cooked with the skin, it will have a distinct soapy taste that can make it very unpleasant to eat.

Once you’ve removed the skin, you just need to take off the fillet, cut it into small pieces or chunks, and add some seasonings or marinade. The Snook’s meat is white with medium firmness, so it can be grilled, baked, or fried. However, many agree that it tastes better when it’s grilled or blackened.

Follow the following recipe to prepare the perfect blackened Snook

Is It Illegal to Buy or Sell Snook?

It’s illegal to buy or sell Snook. That is because Snook is on the protected species list in most states which prevents them from entering fish markets and grocery stores. So, if you want to eat a Snook, you have to catch it yourself.

Can You Eat Snook Raw?

You can eat Snook raw. However, it’s not considered a good fish for sushi because of its firmness, mild soapy flavor, and high levels of mercury.  It usually tastes best when it’s grilled, baked, or fried.

How to Cook Snook Fish

Snook: A rare seasonal treat that’s worth the effort 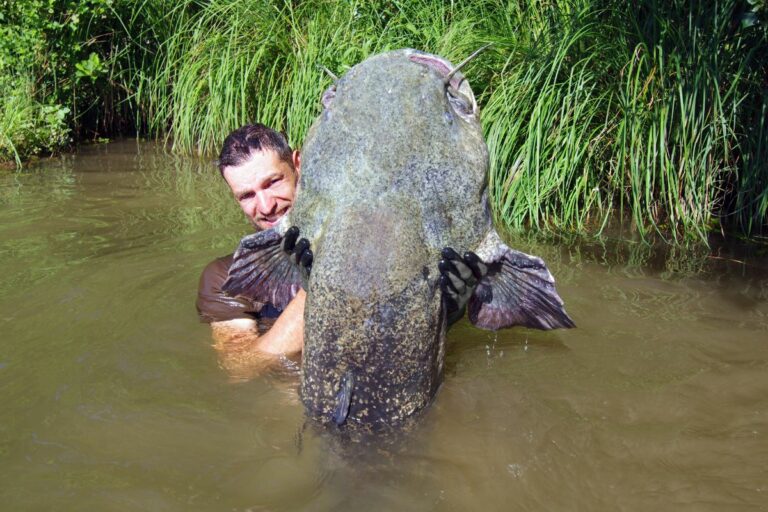 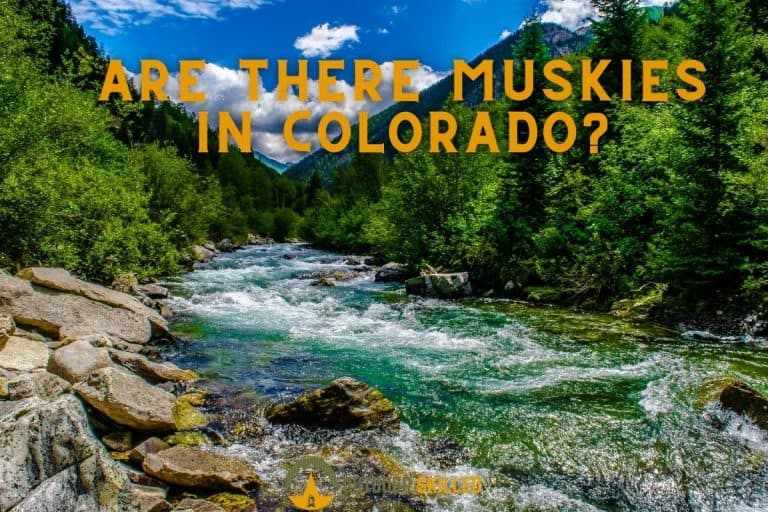 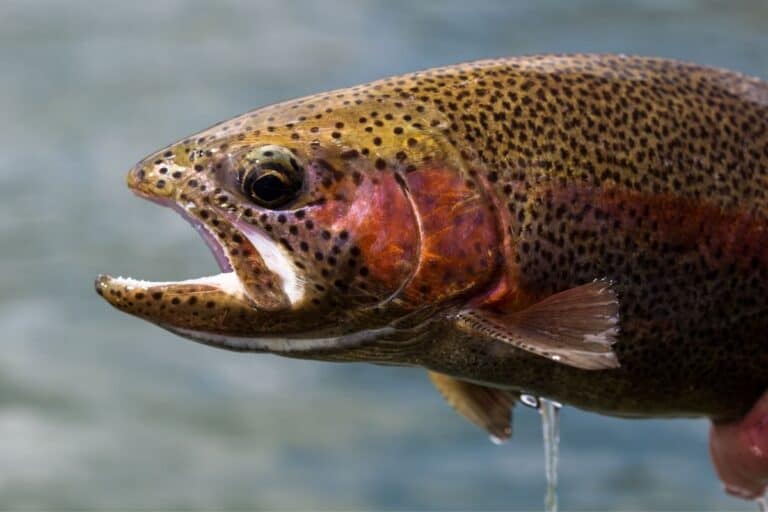 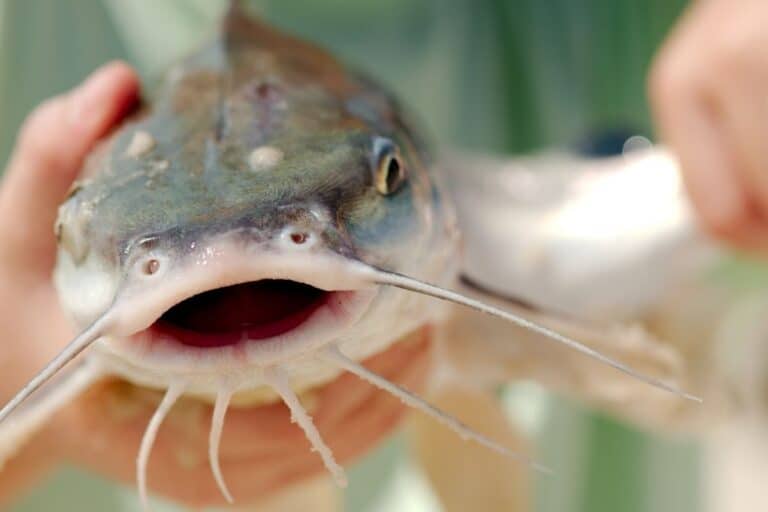 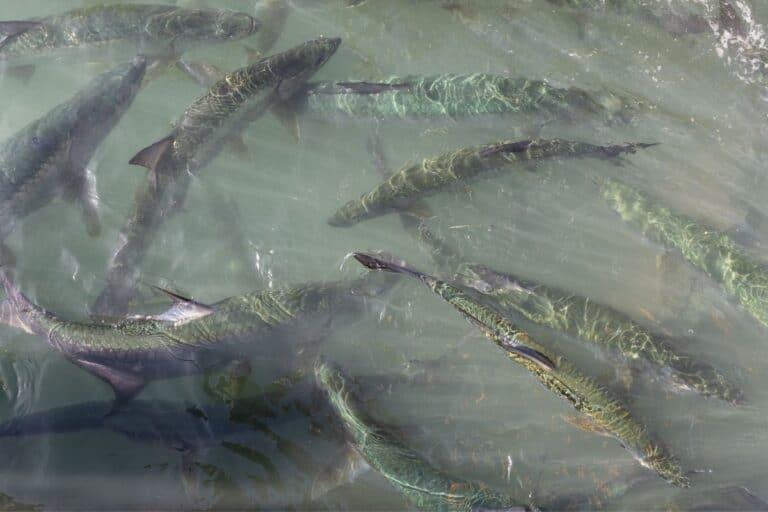 Rainy days can be an excellent opportunity to target the infamous Tarpon fish. While it might be challenging to catch Tarpon in the rain, as long as you’re prepared with the right kind of gear and bait, you will have… 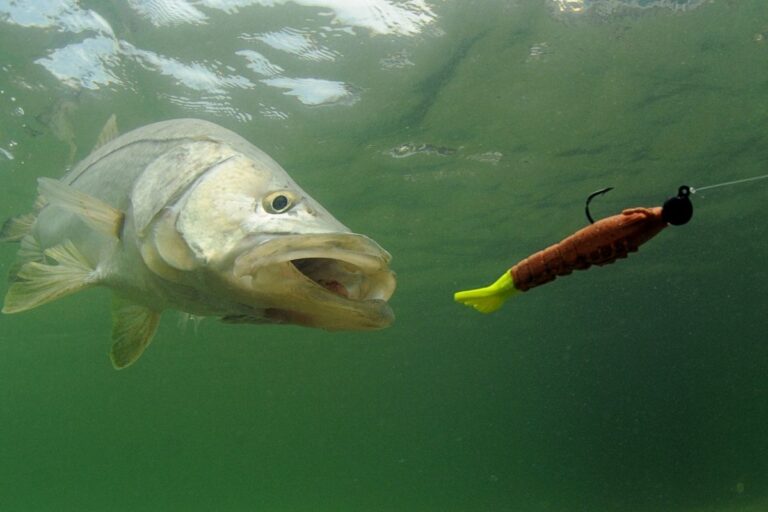